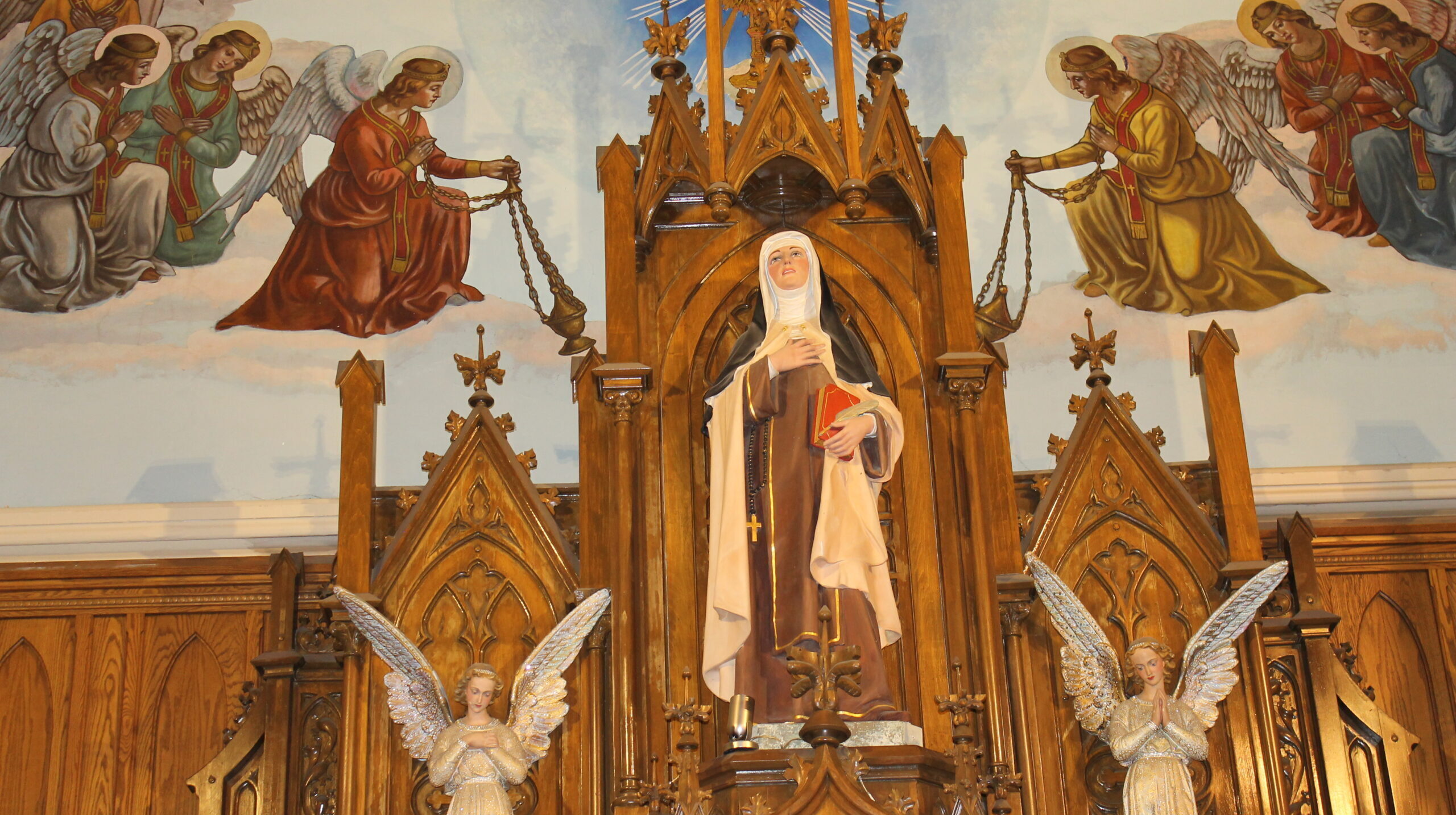 Click here to learn more about the history and architecture of St. Teresa Church from the website of the National Register of Historic Places.

Catechism of the Catholic Church

Late in the 19th century, South Buffalo consisted of farmland with few scattered homes. William Fitzpatrick, a local builder, saw the potential for growth and set out to plan a community by laying out streets, selling property, and constructing homes.

Bishop James Quigley appointed Fr. Michael J. Kean to the South Buffalo area in April 1897 with the intention of establishing a Catholic presence. Father Kean then set out to seek members for a new congregation. At that time, St. Stephen’s (Elk Street), St. Patrick’s (Emslie and Seymour Streets), and St. Patrick’s Limestone Hill (now OLV Basilica) were thought to be too far from the South Buffalo area.

While establishing his congregation, Father Kean also searched for a worship site that would not be affected by Spring flooding. He found an abandoned school building on Cazenovia Street to be such the place. He converted the building into an eighty seat chapel and celebrated the first Mass there on April 25, 1897. This chapel was located on what is now occupied by St. Simon’s Episcopal Church. It was at this site our Parish originated!

The congregation grew along with the population of the general area. It became apparent a permanent place of worship was necessary to accommodate the increasing number of individuals and families settling in South Buffalo.

In recognition of this need and continued rapid growth in our area, the Diocese of Buffalo officially incorporated St. Teresa’s as a parish on April 4, 1898. Officially, we are known as “St. Teresa’s Roman Catholic Church Society of Buffalo.” In short, we lovingly refer to Her as St. Teresa’s!

Monday, April 25, 2022, marks the 125th Anniversary of the first Mass offered in our parish! This is a significant milestone in our history and offers an opportunity for each of us and our families, from generations deep to recent members, to reflect on the role St. Teresa’s has played in our lives and faith formation.

We remind others we are now the lone Catholic presence along Seneca Street from downtown Buffalo through to West Seneca. Much has been accomplished at St. Teresa’s over these many years; much more is yet to be completed as we move forward in Faith.

Additional information regarding our history and Anniversary will be provided in future articles and announcements.

An important parish-wide discipleship survey is taking place from March 2nd through April 4th. Click here to sign up for our weekly parish email to receive an invitation to the online version of the survey. You can also pick up a paper copy of the survey at the entrances of the church.

Our family of parishes has been named as one of six pilot families. Phase #1 of the Road to Renewal process is now in effect, as of January 31, 2022, when Fr. Steve Jekielek was named as Transition Leader for a term of six month or until a pastor for the family of parishes is announced. Fr. John Stanton will continue to serve as administrator of St. Teresa during that time. Our family of parishes (#31) includes the following parishes from South Buffalo:

Our Lady of Charity

Please click here to read an important letter from Bishop Michael Fisher about the pilot families in the Road to Renewal.

Please note: elements on this site may use cookies.